“If you call a dog’s tail a leg, how many legs does it have?” – Abraham Lincoln (attrib)

So the Supreme Court decided that it could wave its hand and redefine marriage.  Beyond the horrific precedent this sets, this is so flawed on its own (lack of) merits, that I find myself stunned in spite of the fact this is the exact outcome I was expecting.  All over my FB timeline and in my personal life people I thought were sane are celebrating as though Christmas came early.  I can’t call them “F*cking Idiots” to their faces, but perhaps I can explain, here, why this is so bad.

First we have to settle a question: is marriage something created by Man which could have been created however we want, or is it something that exists on its own whether we like it or not?  Is it, in fact, mere custom, or is it a natural Law on the order of 2 + 2 = 4?

Let us see what we can discover.

Biologically, men and women are different.  This is important, because it takes both a man and a woman to bear children.  Further, for the time she is pregnant, the woman is especially in need of protection and care – protection and care which she cannot provide for herself.  Once the child is born, the child also needs exceptional protection and care until he or she is old enough to care for him- or herself.  If men impregnated women and then left them unprotected, child birth and survival rates would be low enough to jeopardize survival of the species.  Since every species is compelled to ensure its survival, it seems likely that ours would adapt accordingly, and that men would have an urge related to the urge to procreate which would cause them to care for and protect, to some degree at least, the woman who bears their children, and those children.

Sociologically, it is true that every society of which we have any inkling of their practices has embraced the same, or at least very similar, definition of marriage- it is a union between a man and a woman.  Without getting into the intricacies of polygamous societies, none of them have accepted or condoned homosexual relationships.  Few have even accepted or condoned heterosexual relationships between adults and adolescents.  This virtually universal definition of marriage served to protect women – protect them from violence, from poverty, and from abuse – and children, while providing the best chance for young single males to have a chance to procreate (and, thus, continue the species).

So it seems that there is good evidence that marriage is just a word we use to describe a natural phenomenon – the coming together of men and women to bear and rear children and thus propagate the species.  If there is evidence that we “just made it up,” I am unaware of it.

Now, if it is true that marriage is something that exists in nature, then the following is a true statement:  It cannot be redefined.  You cannot redefine marriage any more than you can redefine gravity or 2 + 2.  You can warp the language.  You can ignore the truth.  You can claim to believe a lie.  But you cannot change what marriage is.

So for all of those who are going to rush to get “married” to their homosexual partner:  You still won’t be married.  You will never be married.  You can call your relationship whatever you want.  You can refer to your partner as your “husband” or “wife” or “potato.”  I won’t matter.  I am married.  You are not.  You cannot change that, no matter how much you wish it.

Posted by Dedicated Tenther at 05:00 No comments:

Email ThisBlogThis!Share to TwitterShare to FacebookShare to Pinterest
Labels: Marriage 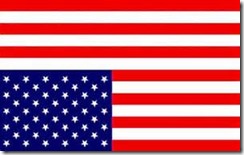 The United States flag is never to be flown upside down except in times of great distress or emergency.  I believe we are in both.  We are in a perilous time in which the Supreme Court has decided on the one hand that the plain language of a law is not binding – that the Justices can read the minds of those who wrote the law, and that the will of the People is not binding upon them.  In short, the United States Supreme Court has just announced that we are no longer a Constitutional Federal Republic, that we are not even a Representative Democracy.  We are an oligarchy ruled ultimately by unelected, unaccountable judges who can now dictate law and ignore the Constitution and the will of the People.

On Thursday, the United States Supreme Court, in a 6 – 3 decision, decided that the words “Exchanges established by the States” meant “Exchanges established by the States or the Federal Government.”  This was not because of any ambiguity in the language of the law, the Justices so deciding admit that the language says only State established exchanges are eligible for subsidies under the ACA.  No, they believe they can divine the intent of the Congress by something other than their written and recorded words.  Apparently this is some magic into which Justices are initiated after they are appointed to the court.

Today, the Court found, in a 5 – 4 decision, that the People of 30 different states on multiple occasions had “acted stupidly,” in rejecting attempts to redefine marriage from it’s natural definition to one that is unnatural.  This was not based on the unconstitutionality of any law, and it was not based on any legal injustice; it was based on the fact that the way things were made 5 Justices sad.

These two decisions, between them, destroy the very fabric of our Constitution.  The Rule of Law is now dead, replaced by the Rule of the Whim of Men.

Whatever your position on Obamacare or on homosexual relationships, you should be looking at these decisions and trembling in fear.  If they can decide to ignore the plain language of the law and the will of the people, what can they not ignore?  What regime can they not institute by fiat?  How is this not tyranny?

There are few options left to those of us who believe in the Rule of Law.  Perhaps the States will finally stand up for themselves and say “Then let them enforce it.”  Perhaps an Article V Convention will be called in an attempt to reconcile Progressive’s desire to live in Utopia with Conservatives desire to be left alone.  Perhaps Conservative States will petition, and be allowed, to peaceably secede from this failed Union.

But the Government is no longer legitimate.  It no longer seeks to protect the Rights of Man.  This situation can only continue for so long before violence – violence no one wants – results.

“I beseech you in the bowels of Christ, think it possible you may be mistaken.” ~Oliver Cromwell 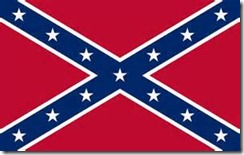 After the Colonies rebelled against England and won their independence, they operated for a time under the Articles of Confederation.  This first attempt at founding an association of free states proved unworkable, and a new Constitution was created.  That Constitution enshrined slavery, counted slaves as 3/5 of a person, and would not have been passed if it had not.  At the time of its passage, the issue of slavery was already contentious, and one of the compromises necessary to see its adoption was that for a certain period, the new Federal government would not address the issue.

As time progressed, the northern states- largely industrial- became even less dependent upon slave labor (though many prominent Northerners still had slaves) and the South – largely agrarian – did not.  As slavery became more repugnant to more people, it is perhaps not surprising that this caused a schism between the two groups.  And perhaps this would have been handled diplomatically, but, for various reasons, it was not.

The Southern States, already skeptical of the Federal Government, had 50 years of grievances about what they saw as Federal Overreach.  The election of Abraham Lincoln and the still new Republican party – on a forced abolition platform – was a sign to the Southern States that the North no longer respected their sovereignty.  They seceded.  A war between the states was waged.

Now, this little history lesson is not a defense of slavery, which was and is a hateful institution.  It is not a defense of the Republican party, which is and has been the party of Liberty and Union.  It is a defense of Honor.  Whatever you think of their motives – and, again, slavery in and of itself was not at issue – the Confederates were noble, honorable, and courageous.  We in the south venerate those heroes who were willing to die for what they believed.

Showing an unfortunate lack of historical knowledge, Mitt Romney called for the removal of the flag from the South Carolina State House grounds.  Reacting, I must hope, more on fear than on principle, South Carolina Governor Nikki Haley called for its removal.

Were that all that had happened, this post would not exist, but it is not all that has happened.  Since those two misguided announcements, the furor over the flag has grown.  Stores like Wal-Mart and Amazon stopped selling renditions of the flag.  Apple removed all games which contain the now-hated symbol from it’s app store.  Apparently representing history is now a hate crime.  People have called for the destruction of statues and monuments to Confederate figures.

Today it is a symbol which can honestly be viewed as a symbol of hate and racism (I do not deny that the flag has picked up those connotations).  But more than that, it is calls to erase history.  The Gettysburg museum has removed all of its merchandise with the symbol.  Where does it stop?

For Progressives, it doesn’t.  Today it is the flag and some monuments.  What will it be tomorrow?  There are already calls for more “gun control” laws, as though they would have done anything to stop this horrific crime.  Karl Rove has said that the only gun control strong enough would be complete confiscation – and he is wrong, even that would not be enough.

They want to ban our Right to act on our beliefs.

They want to ban our Right to say what we think.

They want to ban our Right to defend ourselves – both from criminals and from tyrants.